Last but not least, in our series of SPACE SHOWER RETSUDEN interviews, we have THE ORAL CIGARETTES! Maybe you still remember that they’ve visited Singapore back in 2014 for Music Matters. This year, they will return for another fun night with music lovers in the island city. We talked to them ahead of their second visit!

The band formed in 2010 in Nara, and their first performance on stage was in June that year. In the same year, after releasing a demo titled The Oral Cigarettes, they debuted a single titled Nousatsu A-TYPE on October the 10th. It was followed by a debut album, Tsuki ni hoete, aware…   in March the next year.

Currently the band consists of Yamanaka Takuya (vocals, guitar), Akirakani Akira (bassist, backing vocals), Suzuki Shigenobu (guitar), and Nakanishi Masaya (drummer). This year, other than performing overseas in Thailand, Singapore, and Taiwan, they will embark on a one-man tour from April to May, and perform in Nippon Budokan in June. Many of their lives in Japan are already sold out, so catching them in Singapore is a great idea!

You will return to Singapore soon! What are your favourite memories from your previous visit to Singapore?

The people in the audience were really friendly and tried to speak to us in Japanese, which made me think that there were many kind people in the audience. There were a lot of things we were worried about because it was an overseas performance, but once we were onstage those worries disappeared and we had fun.

You’ll be performing in Space Shower Retsuden Tour in four countries. Do you prepare a special performance or act for each of the countries? For Singapore?

We are striving to create an atmosphere truly special for each country and one aspect of that would be our talk session during the performance.

You’ve just released a new album UNOFFICIAL. Tell us about the making process. Were there any challenges or funny stories behind it?

The feeling that we share with our audience during our live performances and the emotions felt during those performances was something that we want to convey through this album. For this album, we worked with several international engineers to get the right mix for the songs.

Which song from the new album that you would recommend to people who’ve never heard of THE ORAL CIGARETTES before?

Takuya: I think that the lyrics and melodies showcased our personality compared to our previous album FIXION. It’s difficult to choose a favourite song… but I would choose DIP-BAP for the moment.

Your song, CATCH ME, is used for the iOS/Android game Akashic Re:cords (アカシックリコード). Do you also love playing games?

Yup, there have been times when we’ve gotten together and gamed for 12 hours straight.

Please tell us the story behind the abbreviation ‘BKW’ that you often use!

We are very competitive and we don’t want to lose out to other bands. At the same time, we don’t want to be a band that gets too caught up with common sense so we came up with the term “bankuruwase” or “upset.” In order to share it with our fans, the acronym “BKW” was born. 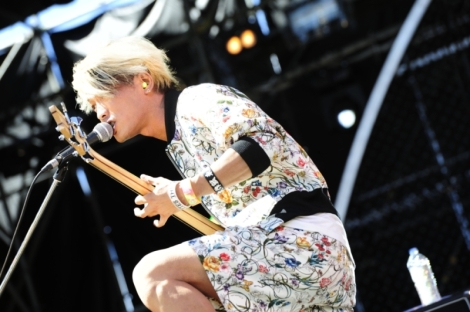 Besides touring with SPACE SHOWER RETSUDEN, what are your plans for 2017?

We’ll be travelling throughout Japan on our solo tour, which will end off with our show at Budokan.

Please give messages to the people looking forward to your performance in Singapore and for fans in general!

Our live performances are our biggest weapon. We hope you enjoy our performance and the music we make there in your own way. 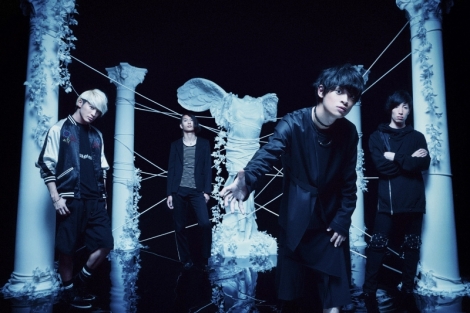