This time in our series of interviews of bands that will perform in SPACE SHOWER RETSUDEN in Singapore, we have Frederic (フレデリック)! The band formed in Kobe in 2009, and held their first live in a live house in Osaka called Vi-code in August that year. Although they’re only 2 months old at that time, the five songs they performed were all original songs! They quickly gained a fanbase with their attractive, fun rock-based songs that invites people to dance along.

Frederic’s current line-up consists of twins Kenji Mihara (vocals, guitar) and Koji Mihara (bass, vocals) and Ryuji Akagashira (guitar). Their major debut album, oddloop, with its earworm single of the same title, was released on September 24, 2014. The next year, it won them the Kansai block local award at the 7th CD Shop Awards. After a string of releases, in 2016 they finally released their first major full album, Frederism. Without further ado, let’s give the band a chance to introduce themselves! 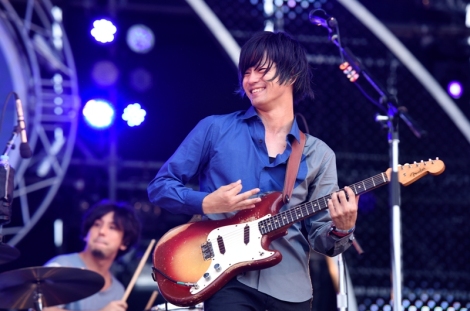 You took your name from the character of a children’s book by Leo Lionni, Frederic. Why did you decide on the name?

Koji Mihara: According to the story, while all the other mice were gathering food in preparation for winter, Frederic was always deep in thought and never did anything. All the others thought that he was a lazy mouse, but when the deep of winter came and food ran out, Frederic warmed the hearts of the other mice by telling them stories. In the same way, we hope to warm people’s hearts and spread happiness through our music.

Congratulations on the release of your first major full album, Frederism, in October 2016! Was there any difference working on a record for a major label and an indie label?

Ryuji Akagashira: Our arrangements cover a wider range of music now than before our major debut, and I think that our music is better balanced now. Of course, the state of the recording studio, the amount of equipment, and the number of people working with us have also grown.

Kenji, your main guitar is a Fender Telecaster, while Ryuji plays Gibson. Can you explain why each of you chose your particular guitar?

Kenji Mihara: I fell in love with the balanced tone of the Telecaster Thinline’s middle position, its stable sound, and how well-rounded the chords are when strummed.

Ryuji Akagashira: I wanted to be all adult-like so I picked something that looked really mature. I even grew a moustache then. 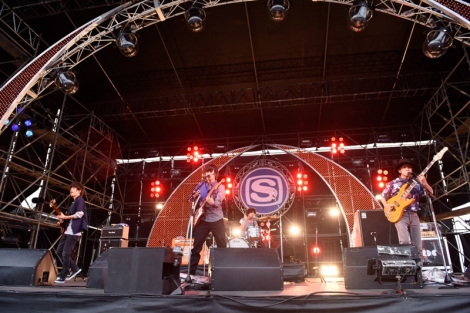 Koji, you are in charge of the band’s artwork. Do Kenji and Ryuji also help with designs, or do they leave it all to you?

Koji Mihara: I pretty much do it myself, but I do ask the other members and staff for advice along the way.

Some of your videos, like Odd Loop and Owarase Night feature two girls as models. Is there a grand concept that unifies these videos?

Kenji Mihara: Smith, the director of the music videos came up with the idea. We’ve worked with him a few times and are really indebted to him. In a regular music video, you’d expect the dancers to have bright or lively expressions while dancing, so being expressionless while dancing in this case creates a dissonance that draws you to the video instead.

Your songs have been used in films and anime. Did you create the songs special for the film/anime, or were the songs chosen after they’re released?

Koji Mihara: When we received the offer, we already had a song that would fit an anime, so we built it up by adding our own colour to the song.

A bit of a personal question. What things you must always have in your bag when you’re touring?

Kenji Mihara: Something called POWERbreathe, which is used for diaphragm training.

Koji Mihara: I usually use an eye mask in the hotel, before shows, or when we’re on the road.

Ryuji Akagashira: A waterproof smartphone cover. I usually listen to an audio recording of the day’s performance to see how we can do better while soaking in the bath. 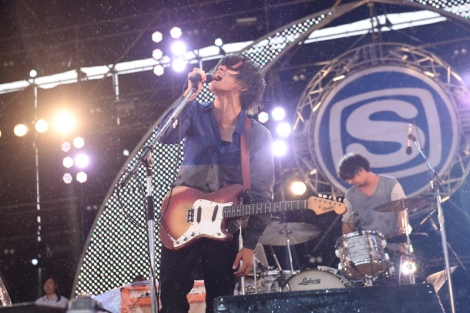 Speaking of touring, you’re going to Singapore soon! Yay! Any special preparations for the live in Singapore?

Kenji Mihara: Frederic’s performances are fun. Fans who like listening to our records will have double the fun at our shows dancing along.

Last but not least, please give a word or two for fans and your future fans out there!

Kenji Mihara: We’re planning a show that can only be seen in Singapore. 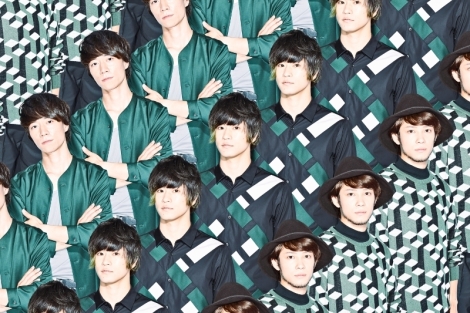