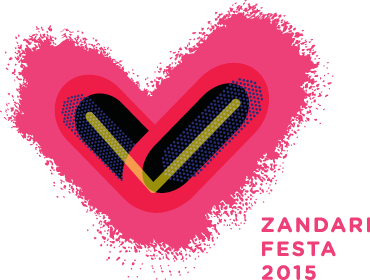 Zandari Festa will be here again! Or—to be exact—in Hongdae, the area in Seoul famous for its thriving youth culture and indie scene. For three days in October, artists, music industry professionals, and, of course, music lovers from around the world will gather in the annual festival for concerts and conferences. Zandari Festa began to be held in 2012, and what started humbly has now grown into the largest music showcase festival in South Korea and gone global. Imagine this: with one wristband, festival-goers are allowed access to all of Zandari Festa’s shows by acts from South Korea and other countries. This year’s long list includes Jambinai, Smacksoft, Sultan of the Disco, Patients, …Whatever That Means, Rock N Roll Radio, Asian Chairshot, Crying Nut, Idiotape, Big Baby Driver, Victim Mentality, Galaxy Express, and lots more, enough to make us drool to the moon and back.

As we have mentioned above, as well as South Korean acts, there will also be performers from other countries. In fact, with each passing year, Zandari Festa has placed a greater emphasis on becoming a truly global event. In the first event held, there were only acts from two other countries joining, and now in 2015 there will be more than a dozen countries represented by their artists in the festival. This way, Zandari Festa has helped build bridges that connect Korean artists and music companies and their counterparts from overseas so that they can better communicate, work together, and learn from each other.

This year, Indonesia is represented by lightcraft (the band stylizes their name without any uppercase letter), an indie-rock/dream-pop ensemble and a group of friends who first decided that they should form a band back in 2004 in Kuala Lumpur, Malaysia. Their visit to South Korea will be another milestone in their already busy year: in 2015 only, as well as getting on stages in Indonesia, lightcraft has also taken part in festivals in India, Canada, and Singapore, as well as doing a kind of homecoming/reunion gig in Malaysia with their old local friends.

“We were quite amazed when we first received the confirmation e-mail from the organisers of Zandari Festa. It definitely is a dream come true for us to play at one of the biggest festivals in South Korea, a country that we never imagined we could perform our music in. We are extremely grateful for this opportunity, and again, this will be another chance for us to showcase to the world the great potential of Indonesian music, and to open doors for our fellow musicians to make their mark on a global scale,” says bassist Rizky in the band’s press release about their partaking in this year’s Zandari Festa.

Zandari Festa 2015 will be held on October 2nd-4th with a line-up that already looks very promising. Visit their official website for more information.

Please look forward to our interview with lightcraft!