It was less than three months ago since Sam (Sam Ku) released a single Wake Up, last week (20 April 2015) he released another new single Wish I Never Had. The Voice of Korea Season 1 graduate started his official debut in 2014. In a year, he already released four singles and founded his own music company along with his friends. Not only singing, he also makes his own songs. His latest single, Wish I Never Had, is the first song where he took part in every stage of song making.

What do you think after listening to his songs? Captivating, aren’t they? Let’s get to know this talented singer deeper!

Could you please introduce yourself to our readers?

Hello this is Sam. I’m a Korean-American singer/songwriter from Chicago. I currently released my 4th single album Wish I Never Had.

Korean people know you as Voice of Korea’s participant or John Park’s friend. Actually, what do you want to be known as?

First and foremost, I would like to say that I will always be grateful for the opportunity to be on a show like Voice of Korea. However, after starting my own music label, more than being known personally, I really started having the desire of having my music heard and appreciated. I’d like to be known in the future as Sam, a singer songwriter who stays true to the art of making good music.

Last year, you and some friends formed CHITWN and this is quite a bold move for a newly debuted musician. What makes you decided that last year was the right time? What goal you want to achieve with CHITWN?

It definitely was a big move. There was really no right time to form our own label but I’ve been in the music industry in Korea for about ten years already and I really wanted the freedom to create the music that I wanted. All of the songs that I ‘ve written have their own story and through CHITWN and our team I want to show people what we are about. This may be ambitious, but we would like to be the new generation of the music industry.

Lately, there are many new singers who make debuts, both as groups or solo singers. What makes you confident that you will survive in music world?

I agree with you, there are new artists that debut so often these days. I think the best way to make it in the music industry is to make honest music and have no boundaries between our fans and the music. I’m going to continue to work hard to bring to our fans the quality music that they deserve to hear.

This April, we heard you will release another single. Could you please tell us about this single?

This is the 4th single, after last February you relesed single Wake Up. Why don’t you release an album or mini album? What are your considerations to only release singles on a relatively short period?

We have not yet set a date but we are currently discussing amongst the CHITWN team about releasing a full hardcopy album at the end of this year or really early next year.

Do you have any particular moment or memory to remember whenever you are down or just to keep you in spirit in doing music?

Whenever I’m down, I think the only thought in my head is to take a trip back home. I think about my family, my childhood, the smiles, and even the tears that define who I am today. Then I look around at my team at CHITWN Music and people that support me and everything seems to become better.

You make your own songs. In your opinion, how does an ideal song sound like?

I don’t think there is really an ideal song. There are so many different genres and types of songs. In my opinion, the quality of a song is judged by the public and not  by the creator of the song.

What is your favorite song that can give you inspiration in making music?

This song is from a long time ago but I when I first heard it, I was inspired. The song is called All the Things by Joe. I saw his live performance. Everything from the session, the live instruments, vocalists, to the stage itself was amazing. It was and still is one of my favorite songs today.

Please give few words to our readers!

Thank you so much for giving me an opportunity to do this interview. I had a great time and I look forward to one day meeting my fans in Indonesia in person. Please continue to support CHITWN Music and all of our future work. I love you guys! Take care! 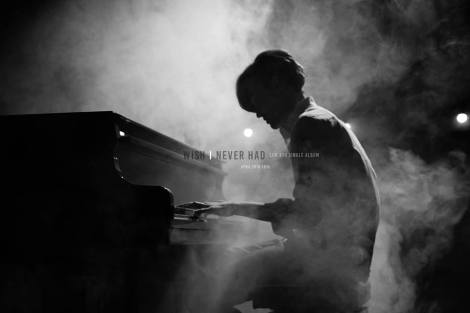