As told by Eru during his first solo concert in Lapangan D Senayan, he felt that he had found his courage to continue his career after receiving so many supports from his Indonesian fans. When we heard that, it seemed to us that the concert was Eru’s way of saying thank you to them. For two and a half hours, Eru and his friends under the same management took the audience to various atmospheres and emotions. As a well-known ballad singer, he effortlessly swooned the audience with his beautiful croon. However, in other songs, he could make the crowd jump around in enthusiasm. Eru has proven that not only a remarkable singing talent, but he also has flexibility of voice.

The concert was divided into two sessions. In the first session, Eru performed his popular hits, while in the second session he collaborated with other artistes and made an experiment by singing famous K-pop songs. Many commented that unexpectedly, Eru could dance well too. Even though he seemed to be out of breath after the choreography, he deserved two thumbs up for his effort!

To remember that beautiful night in April, here we present you more photos from the concert. 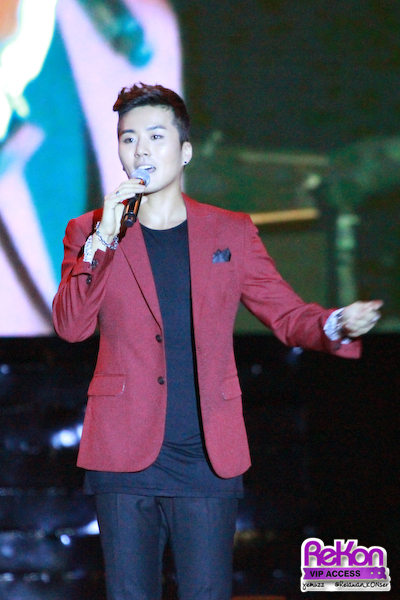 Wearing a red blazer, Eru started the show with I Hate You. After that, he serenaded the crowd in Lapangan D with ballad songs like Rebirth, The Two of Us, White Tears and White Snow.

Later on, he changed the red blazer into a black one. Whichever colour he was in, he still looked dashing to us.

Ailee was the next performer. Singing Heaven and I Will Show You, she truly stole our hearts that night! She hoped she’ll come back to Indonesia with a more beautiful and bigger stage. 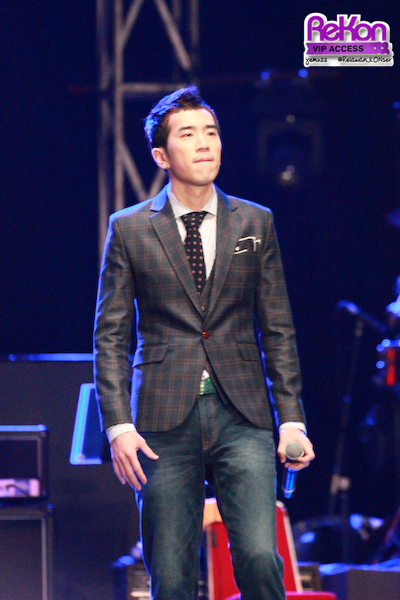 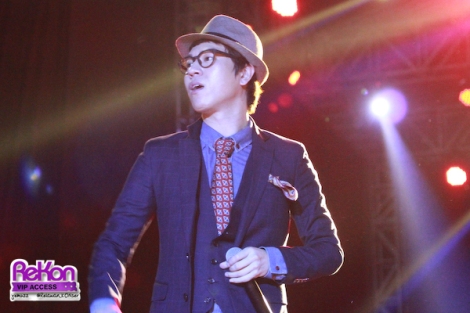 For her third song, Ailee came on stage again with Bae.chi.gi. Together they performed Shower of The Tears. Before Two Mari, Bae.chi.gi asked the audience to scream their name out loud. Did you scream to the top of your lungs? Because we did! 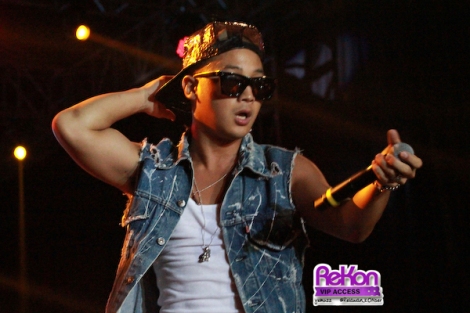 Eru was back to the stage with Shorry J for up-tempo songs like Drive  and Talk Talk. We could see Eru’s other side through this collaboration with Shorry J. Shorry J’s energy was indeed contagious, and Eru was one of its happy victims!

Singing Saranghaeyo with Sule, Eru showed some Reggae moves. Don’t you all agree that the interaction between the two guys was entertaining? 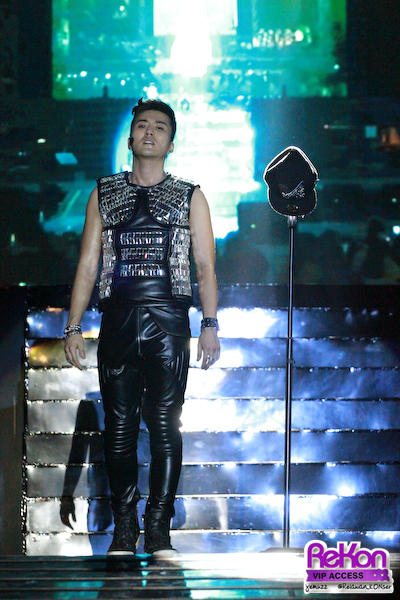 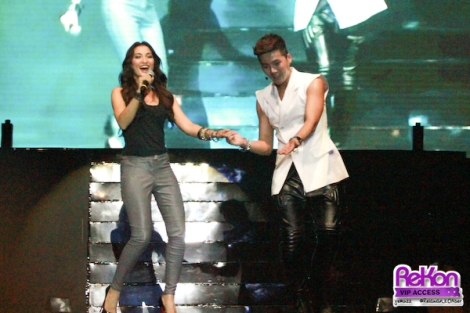 Atiqah Hasiholan showed her support to her co-star in Hello Goodbye. One funny moment happened when she asked whether Eru’s tired or not. Not understanding the meaning of her question, Eru only answered, “Terima kasih.”

Eru shed some tears when the crowd cheered and said, “Eru oppa, saranghae.” ❤

Three more songs for the encore: I Am The Best (2NE1), Hands Up (2PM) and Gangnam Style (Psy). All the performers and the dancers came out to dance Gangnam Style together. Eru’s dad also appeared on stage to show his gratitude.

Huge thanks to IYAA for giving us the chance to attend the press conference and the concerts!

The photos from the airport and the presscon can be viewed here.

The Indonesian version can be seen in our IYAA blog.